Construction Cost Consultants is a privately owned firm of Professional Quantity Surveyors providing a unique variety of services from the front end, including partnering and procurement, strategy and advice, project monitoring, management and training and seminars, as well as a host of dispute resolution services.

Employing only the best quantity surveyors from New Zealand, the UK and abroad, with extensive commercial acumen and experience with delivering programmes of work on time and on budget, we can provide a whole range of client services from conceptual design stage through to project delivery, as well as a full spectrum of services to construction companies, subcontractors and suppliers.

Our consultants have been engaged extensively in the Christchurch rebuild, providing advice to insurers and PMOs alike, completing over 20,000 rebuild valuations.

The Management Team at Construction Cost Consultants possesses excellent track records in the resolution of complex commercial and contractual issues. We are also highly attuned to commercial opportunities as well as potential contractual risk. 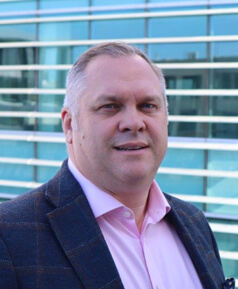 Andy is originally from Scotland where he trained as a Quantity Surveyor in private practice. He left there in 1996 to move to the Isle of Man where he started a construction business. He has lived in New Zealand since 2006.

Andy is the Managing Director of Construction Cost Consultants (CCC) and oversees all functions within the company. He also sits on our board of directors, and he takes great pride in the fact he founded Construction Cost Consultants in 2010 and has played a large part in taking us on the journey we are on today. He is a proud Registered Quantity Surveyor and a member of the New Zealand Institute of Quantity Surveyors and Royal Institute of Chartered Surveyors. He is also a Fellow of Quantity Surveying International. Andy is involved in both the construction and insurance sides of our business and likes nothing more than being challenged by new ideas.

Andy is very passionate about change and how change can help our industry become more efficient and attractive to new applicants to come and work in our industry.

Andy has two adult children, a daughter who is a primary school teacher and a son who is finishing his studies at Victoria University, Wellington. His passion is cars and motorsport, he has raced motorbikes in the past; he likes to travel and experience different cultures. 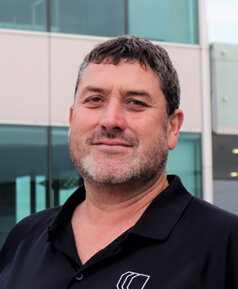 Brett was born in Central Otago. He previously owned a construction business involved in the restoration of historic buildings in London where he lived for 12 years.

Brett is one of CCC’s longest-serving employee’s. With the vision for the insurance side of the business in mind, Brett was instrumental in developing the process (and ultimately systems) capable of delivering an accurate outcome. These are the same processes we use to provide the insurance industry with accurate Sum Insurance services they rely upon.

During his journey, Brett has had to remain hands-on through the business to understand and improve operating systems and models. Brett’s current role as Operations manager sees him working across the whole business with both Quantity Surveyors and Insurance alike.

Brett loves sport and anything to do with the outdoors.

Born and raised in Glasgow, Scotland Fraser emigrated to Sydney in 2005 where he commenced Southern Hemisphere employment at a large corporate Logistics company.

He specialised in various roles including Distribution Management, Network Solutions and Logistics Insurance.  In 2009 Fraser joined AIG as a Senior Marine Insurance Underwriter, during which time he gained exposure to Australian and New Zealand commercial insurance markets.

In this position, he developed and implemented AIG’s national growth strategies, closely aligned with large key client relationships.  He was also lucky enough to work closely with NZ Rugby and the All-Black’s Sponsorship as part of his remit.

A keen amateur photographer and drone operator, when not photographing or filming the country, you will find him at his local gym. 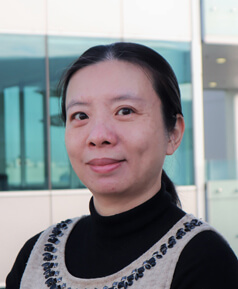 Fiona is one of CCC’s longest-serving team members.

With accountancy experience in both New Zealand and Australia spanning more than 20 years, Fiona

manages the accounts procedures across the whole CCC business.  and prepares financial reports, Fiona works closely with the QS team and admin team.

Fiona loves reading books, enjoys running and Pilates. She also loves sourcing special foods for the family and sharing them with friends. 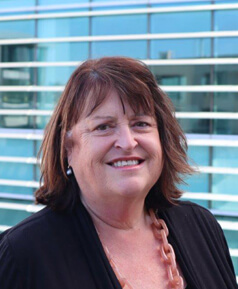 Rochelle’s career started in Inbound Tourism (arranging travel throughout New Zealand for overseas-based tourists) which she worked in for over 25 years.

Since joining Construction Cost Consultants, she is enjoying a new challenge and getting to know CCC clients and insurance partners. Rochelle’s experience working with travel brokers has aided her in understanding how insurance brokers operate.  Rochelle has the enviable task of managing the CCC team and keeps them on their toes. In addition to managing the office, she provides quotations, books valuations, issues reports and keeps things running smoothly for the team.

In her free time, Rochelle enjoys spending time with her husband, friends & family, travelling domestically & internationally and if the weather is nice, you’ll find her on the golf course most Saturday mornings. 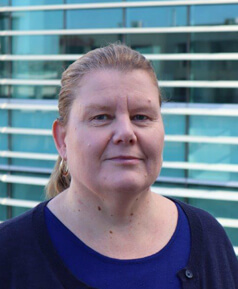 Born in the South Island and having lived throughout New Zealand, Jo spent 26 years working in the travel industry in a variety of administration and customer service roles. These included cruise facilitation and important travel documentation issuance for inbound tourists entering New Zealand.

Since joining CCC, Jo is enjoying exposure to a new industry in construction. Jo provides front-line services such as booking valuations, quoting opportunities, issuing reports amongst other critical tasks.

In her free time, Jo likes to relax with friends and family, reading and travel. 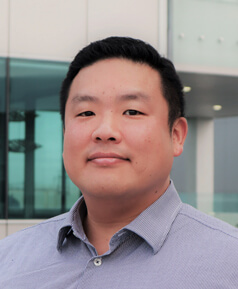 At Construction Cost Consultants, Mike assists our Senior Quantity Surveyors on a variety of projects and sum insurance valuation services.

Mike is a family man and loves to spend his time with his partner, travelling around the country, trekking mountains, and going out to the beach in summer. 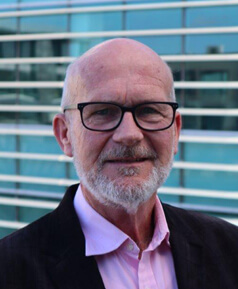 Ash is a Quantity Surveyor with a broad-based QS/Project Management/Development experience in the global construction, hospitality, education, facilities, and Public Services sector. Projects include significant commercial, hospitality, civic and residential developments coordinating cost/project management from feasibility through design development and procurement to completion. Ash brings a strong commercial acumen to each project and stakeholder/client management with effective communication skills to manage at all levels of the reporting structure.

Ash is a keen fisherman and loves nothing more than sitting on his boat watching the sunrise. 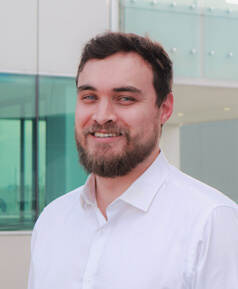 Scott was born in Auckland and still calls it home. He has completed a Bachelor of Construction at Unitec, majoring in Construction Economics.

Since joining CCC, Scott has worked on a large variety of residential and commercial projects with strong estimating experience. Scott is now an invaluable part of our estimating and sum insurance valuation services.  Scott is an easy-going, laid back person who enjoys spending his time outside of work with friends and close family. He also enjoys going to the gym and playing games. 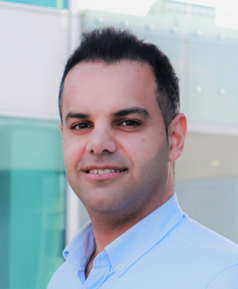 Ahmad has over 10years of experience as Quantity Surveyor and has become a Chartered (MRICS) and Registered Quantity Surveyor (NZIQS) with varied experience within the construction industry, his career began in Christchurch during the earthquake rebuild. He has broad experience from a range of projects including commercial, industrial, residential, earthquake re-build, seismic strengthening, civil infrastructure, roads, rail, cycle way and transport planning.

He is an integral part of our Quantity Surveying team providing clients with his knowledge of cost and estimating, as well as contract administration services on our projects.

In his spare time, Ahmad likes working out at the gym, working on his cars, and travelling. 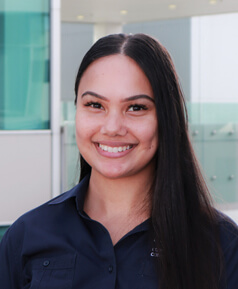 Born in Cape Town South Africa, Megan migrated with her family to Auckland New Zealand in 2000 and has called it her home ever since. Megan started her training as a nurse on leaving school and decided to re-train to become a Quantity Surveying, she has recently finished her final year of the degree course in construction economics and joined CCC in May of this year.

Megan is excited to start her career in the construction industry where she will apply her learning from the classroom into practice.

In her spare time, Megan likes to spend time with her family and friends, socialising and trying out new recipes. 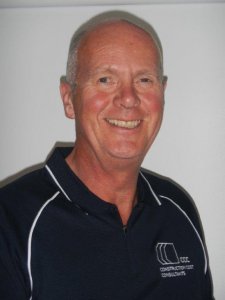 Martin joined CCC with a considerable degree of Building and Quantity Surveying experience in both residential and commercial property in the UK and New Zealand. Martin is experienced in surveys of NZ buildings with weather tightness issues and has a good understanding of NZ building construction.

Martin was a key part of developing CCC’s Sum Insured Procedures. After a brief period of “retirement”, he re-joined CCC in mid-2020. Martin enjoys swimming, reading and helping/hindering his wife in the garden.

Scott is one of our Site Surveyors and hails from the second best region in the world, Taranaki. He is also a key part in CCC’s technology integration process.

Scott attended Waikato University where he successfully completed his Bachelor of Social Science. Then he decided it was time to get a job, save some money and head overseas for a somewhat extended OE! Some 16 years later he returned to New Zealand, having spent the majority of his time working in IT in London’s square mile.

In his spare time Scott likes snowboarding, riding his motorbike and watching most sports. 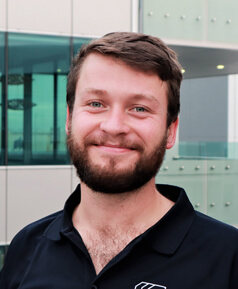 Phil completed his degree in Product Design at Brunel University London before catching the travel bug. After returning to the UK he began working as a site agent on residential and construction projects. Phil moved to New Zealand and Australia in early 2020. Outside of work Phil can be found watching the rugby, driving around the country and camping. 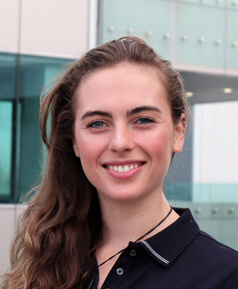 Ashleigh has completed a Bachelor of Property.

After hours Ashleigh is found rock climbing, playing ultimate frisbee or under a tree reading a good book. 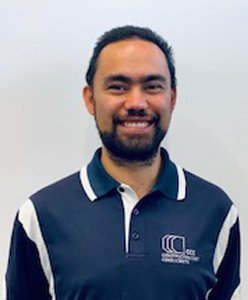 Born in Auckland Wiremu is now based in the Bay of Plenty where he spent the majority of his childhood. He completed his diploma in Construction Management and Quantity Surveying in Tauranga.

Wiremu joined CCC as a Quantity Surveyor and has a strong background in technical IT and excel. His skills were instrumental in developing CCC’s sum-insurance procedures.

To keep fit Wiremu enjoys handball, soccer or on a playground with his family. During his downtime, you’ll find him playing PC games or watching a good movie.